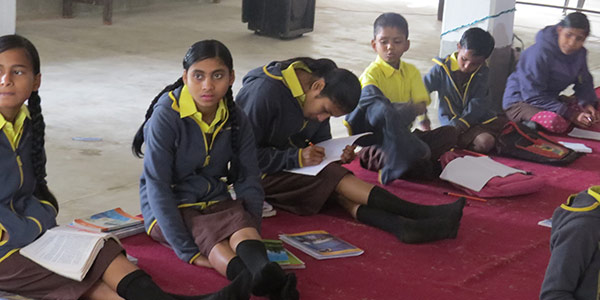 A SCHOOL AS
ANCHOR OF HOPE

Carlton Rixon and his wife Heather take care of the daily needs of the children, accommodation and school on site. Their work at the LORD JESUS SCHOOL in Gangnapur focuses on the very basic needs of street children - regardless of their history, origin, gender or religion.


The children in our school are between one and eighteen years old and are half or full orphans. They live on the sidewalk and beg for their daily meal, dig in the garbage, steal or prostitute themselves. The LORD JESUS SCHOOL gives these children a new life. Here they can learn, eat and live. 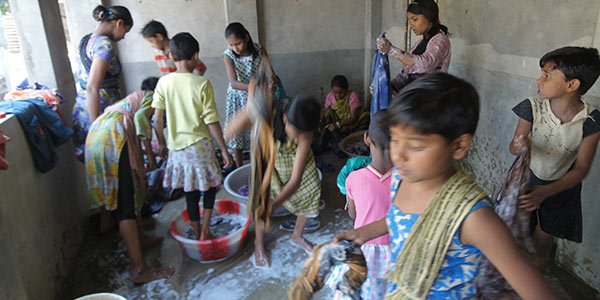 Hygiene includes the care of bed linen and clothing.

The children are instructed to clean and care for their bodies, their clothes and their rooms. They are also taught how to deal with dirty pillows and lice. Cleaning the sanitary facilities and the bedrooms by the children is part of the daily routine. 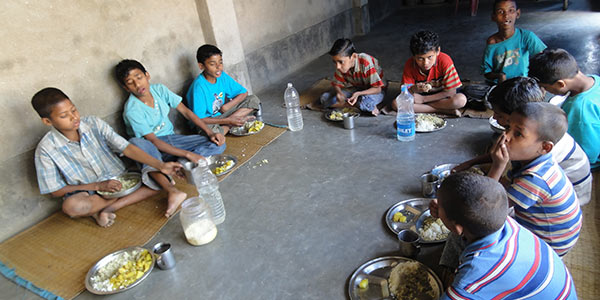 The children get three meals a day. They make their own breakfast - chapati, a typical flat bread - in the early morning hours. At lunchtime, there is a portion of rice with dal, a lentil sauce that sometimes contains a piece of cauliflower or a potato. In the evening the leftovers of lunch are distorted. The whole day clear water from our own well is available. As a real highlight for the children there is sometimes milk, which is provided by the donations. 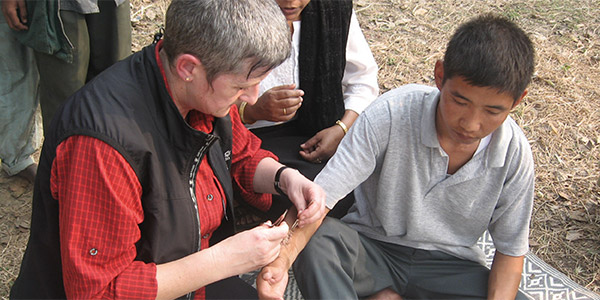 To save costs, I pull the strings myself with Nebu - after his broken arm.

Many children who come to us have wounds, infections, diarrhoea, toothache, bruises or broken bones. As a nurse I have learned how to treat such diseases. In addition, I also accompany the children to various specialists. Since there is no health insurance in India, we urgently need your donations to provide medical care for all children. 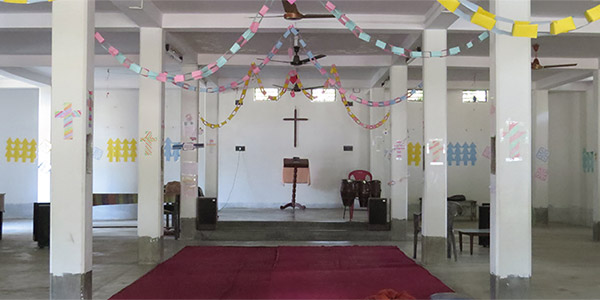 We are particularly proud of the church interior.

In the school building there is also the church room. Every morning before class, a worship service is held, accompanied by singing, which always leaves a great impression on me. The LORD JESUS SCHOOL accepts all religions.

The story
of the Lord Jesus School

The teaching ministry of the Lord Jesus School began with the journey of a simple man named Carlton Rixon, who worked in a government shipbuilding company. On his way back and forth from work he always felt a deep sadness when he watched the poor people on the streets. Their suffering weighed on his heart. Time passed and this feeling did not go away. He was aware that Mother Teresa did much good for the underprivileged and he personally knew men and women of God who were committed to such help. But the harvest is great and there are few workers. He could not count on anyone else to do what God had planted in his heart in 1990.

His first initiative together with the support of his wife Heather Rixon, who worked in the front office of a hotel, began in 1992 during the Christmas season. He rented a costume, dressed up as Santa Claus, sat on a horse-drawn carriage (the only available substitute for a sleigh) with a sack full of Indian snacks - the samosas - and presents prepared in their own home. Due to a lack of funds, they eventually made some of the snacks themselves. They felt nervous, but as soon as the programmes started, everything changed in seconds when numerous excited poor children dressed as Santa Claus came running towards him. These children had the chance to experience the love of Christ through a small act of kindness. That night he lay down on his bed, physically exhausted but spiritually so fulfilled. Both Carlton and Heather had found their purpose in life and there was no turning back since then.

THE GET TO KNOW

In 2006 they met a German couple who worked as volunteers for Mother Teresa. The version of street work with poor children was taken up and shared by them, so Carlton and Heather could start their project with a 3000 euro donation. Carlton and Heather were in shock when they held this money in their hands. They thanked God and asked Him for advice on what to do with this money. A street education program was started. Soon they began teaching children on a street walk near their home. Carlton and Heather and other family members stayed with this mission. Outside Calcutta, land could be purchased to build their own facility - a children's home and school. Over the years, the LORD JESUS SCHOOL has been a safe haven for many children who have come from the streets or from the poorest backgrounds. They lived on the streets and were exposed to every possible danger, knew no bed, no regular food, no reading, no writing. From birth on they were lone fighters for themselves and their lives.

In 2007 I arrived in Calcutta because I wanted to work for three weeks at Mother Teresa. I knew no one in Calcutta. There I met the Rixon family. I was immediately hooked on their project: Indians help Indians. Yes, these people know best how and where to pull the lever to help. I found out that I was thinking much too European. I had to learn with a lot of patience to support the construction of the school in Gangnapur. It was supposed to be a boarding school where the street children would find a home, receive education and be happy.

Their lives so far have been shaped in such a way that they have been responsible for their own daily meals by searching for food in the garbage, begging, stealing or, in the worst case, prostitution. When I arrived at home, I reported in a small circle about my experiences. Since then it is "India time" every year in February, this country and the very poor but very friendly people never let me go. The circle of friends in Germany became bigger and bigger, so that since 2007 many stones could be used every year. Lessons took place at any time, at any period of a building project. The first building houses the church room on the ground floor and the classrooms above it, and on the 2nd floor the girls' dormitories were built. Only after that the one toilet was extended by new sanitary rooms, a kitchen and the boys' dormitories. Then the wooden huts and corrugated iron roofs were replaced by poured concrete ceilings, a well was dug and fresh water pumps were installed on the site and a large 3-chamber system clarification tank was built.

It is with joy to see that these children now have a better life. With three meals a day we were able to ensure a better general condition. Medical care was established and hygiene measures were explained. I can give countless examples, but there is one thing I remember especially. When I started the programme in 2007, no child owned underwear, I bought three pairs of panties for each child. I explained why it was good to wear underwear and that it should be changed daily. "Aunty Ella, what shall we wash them with?" I had to learn there was no supply of detergent in the school. So I bought detergent for a year. "Aunty Ella, what shall we wash our clothes with?" So I bought a giant washbowl. I bought lice combs, burnt pillows with nits and lice, bought new ones. Since then, I've been using the donations to order the year's worth of toiletries. Soap, toothbrushes, toothpaste, detergent, hair shampoo, cleaning agents for toilets and washbasins, shoe polish, shoe brushes.

The school starts with kindergarten, then pre-school and ends with grade 9 The first school leavers have left school and have gone on to work or secondary school. Zaffar and Prabhakar, for example, finished grade 12 at a secondary school and graduated from high school. Both will study. Prabhakar wants to become a surgeon and Zaffar wants to become a sound engineer. Many other students have gone straight to work. They speak English, are neat and polite. So Elisabeth works in a kitchen and bakes pastries for a cafe in Calcutta. Rohit and Glen have become waiters. Shaid has found a job at a call center. Samson works as a construction worker. Rony is in training to become a pastor.

ON ITS OWN TWO FEET

At the Lord Jesus School, our children have not only learned education in word and writing, but have also developed social skills and empathy for the next one. These adults can now provide for themselves and their parents, live in small one-room apartments and are off the streets. Their lives have changed and this is the fruit of our work. They have a stable source of income and act in faith. I continue my mission together with Heather and Carlton Rixon to give the next generations this chance in life too!